Mr.Yuck wrote:For example, the one my guestbook is in is NOT listed on their map, only in their directory, which is a .pdf available on their site.

How often is their pdf updated? I noticed the URL said 2012.

Thanks for coming back, DisneyScout. Things are a little dead in these forums.

For the few who still check in here in the forums...
I was in Buffalo last week with my family and although we didn't plan to visit the Kenmore Little Free Library, a few odd navigational "anomalies" brought us within a mile and at that we decided to stop for the find. Personally, I really liked it as a geocache type. We're so use to finding little plastic and metal boxes with various cheap items, or none at all. Little to be inspired about, although sometimes the location is the treasure (rarely). What we found, at least in the case of the Kenmore library, was that there was so much creativity put into this "FLF", it was a real pleasure to see. It was nice to see, and we would look forward to finding geocaches in other Little Free Library's in the future. I'd put one up at my house but I don't want random visitors since we have young kids. BTW, the Kenmore Little Free Library guestbook cache turned out to be a double FTF - we were FTF the cache, and it was our first OCNA find!
Top

I became aware of Little Free Libraries through the Waymarking site, but have never found one listed as a geocache. Would it be acceptable to leave a OCNA guest register in one of these explaining geocaching?
Nutty as a Squirrel Turd
Top

Manville Possum Hunters wrote:I became aware of Little Free Libraries through the Waymarking site, but have never found one listed as a geocache. Would it be acceptable to leave a OCNA guest register in one of these explaining geocaching?

Hey, you're in the forums!!! Personal comment, MPH has had some problems logging into them. Yes, I would say acceptable, although I'm sure you'd want to get permission for one that's obviously on private property, such as in someone's yard. As I've become familiar with these things, and are starting to see them all over, there are quite a few public ones too, owned by municipalities. I wouldn't think formal permission is required there any more than it would be in a Town Park in a town with no written Geocaching policy. Of course permission for any cache is always a good thing.

Actually the only one that I have ever seen is outside of the public library in Kingsport, Tennessee. I took a few photos and was going to list it on the waymarking site, but it really does not fit in with the type of things that I waymark.

And by the way, it's good to be back in the forums. Now I'm afraid to sign out again.
Nutty as a Squirrel Turd
Top

Just returned home from a trip to Western Canada via the USA, we saw several along the way and stopped at one in Grand Forks ND where we had a nice chat with the owner, about books and about floods. I might contact them to see if they would consider having a guestbook in their library.
This thread prompted me to look at the map of LFL's and I noticed there are a number nearby including one in an old newspaper mailbox. What a great idea, I'm going to stop by and have a look and may see about placing a guestbook cache in that one too.
Top

I found one in Uxbridge Ontario that I quite liked. http://coord.info/GC5362K. (See attached photos). I liked this one because the owner of the cache says s/he has permission to place the cache in the library. The first one I found didn't say anything about permission and didn't have a book/logbook inside. The cache owner wasn't responding to logs that said the logbook was missing. People were writing their trailnames on the inside of the little library (the cache is now archived). 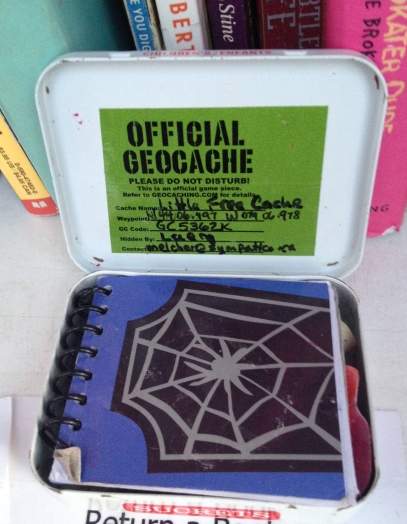 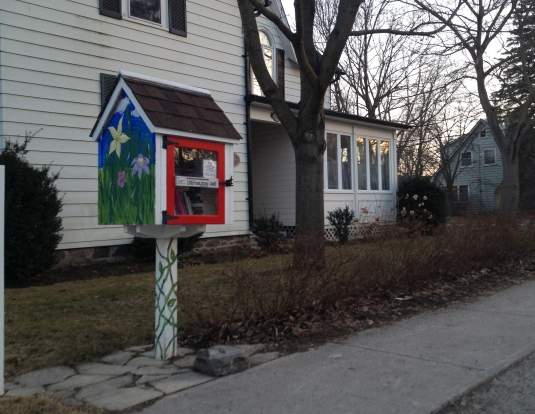